How is it actually nearly freakin' December?

I write the date down lots of times per day. 24/11/2015, for example. I find myself constantly marvelling at how quickly the year has gone.

Melbourne is doing its spring thing, and coughing up four seasons in, if not one day, then one week. Still, there is plenty of very pleasant weather, in which we can enjoy outdoor pursuits, such as drinking a vino and eating some food truck food at the newly opened food van place. With the fella and the dog. 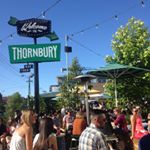 After a cold winter, I am loving and taking comfort in the sunshine.

I am also taking comfort in the fact that the PhD is very nearly in the can. I just need to make some small formatting changes, get it signed off by the Head of Department, and have it printed and bound in leather. It will then sit on a shelf where, with any luck, it will never see the light of day again.

It has been a roller coaster of a couple of weeks. There have been wins but there have been losses and frustrations. I have tried to roll with it as best I can. Be grateful and happy about the wins, and feel the losses.
It's been that kind of a year. I would never wish a year away, or write it off. I don't think it's even worth wishing the next year will be different. No joy without the pain, etc.

I have been playing the very proud Auntie. Looking at pics of my little niece makes me feel happy. However I had some news that a friend (not really a close one) had become pregnant unexpectedly. It was, unexpectedly, a big mental wollop. I felt like I had been actually slapped upside the head.

The socially appropriate response is "eeeeee, that's fantastic", but what you really feel like saying is "congratulations, now kindly fuck off". Harsh, but realistic.

I tried to find a meme to express my feelings, alas there are none forthcoming. I did not even want to really talk about it to people, because they would say "oh don't worry, you'll have a baby soon enough" and that will really not help at all. So I just sit with it myself, or reach out to a friend who I know will get it. Oh, and share it on the interwebs.

Once again, it's helpful just to ride these feelings out, rather than feel guilty because they are not the socially sanctioned responses. I'm not alone here, I don't think.

Planning more than about 6 months in advance is hard, which makes it all the more important to enjoy the here and now. To plan little nice things regularly. Like the trip to Sydney this weekend. There is indeed lots to be grateful for.
Posted by cilosophy at 19:08 4 comments:

I went and saw my lovely little niece on Saturday, and had cuddles. It was a very beautiful experience, and great to see my sister taking it all in her stride, and baby boobin' like a champion. I feel that what I write on the blog cannot really do justice to it, so I will leave it at this. I am a very proud Auntie and show the pics to anyone who will look and squee.

I won my first research grant in my own name. This is also a great and somewhat scary thing. It makes me feel good about my choice to continue my research.

I feel as horrified about this as everybody else, and empathise as much as anybody who has not been in the situation can.

I won't be praying for Paris though, because (pardon my French) it won't do shit.

I found it really hard to know what to do. I don't really think I can express my feelings about it on social media, as it will come out all wrong.

I remember, back in 2003, being against the invasion of Iraq. I had little understanding of the religious and sectarian divides (still don't), but I didn't think that Saddam had any weapons of mass destruction, and that it was all about oil, and that it would come back to bite us. I was also deeply uncomfortable with the prospect of collateral damage in the form of the death and brutalisation of innocent civilians.

12 years later, the innocent civilians continue to be brutalised and displaced, or have died. There was a power vacuum that led to the development of a fundamentalist Islam organisation based in multiple sites, with multiple heads. An organisation that will be very difficult to defeat, at least without significant collateral damage, and more civilians who are brutalised. They will see bombs from the West, and they will be angry. I don't see how it can end peacefully.

The definition of insanity is doing the same thing over and over and expecting a different result. The invasion of Iraq, and the propping up of the Taliban in Afghanistan, and many other military incursions have shown us this. I don't know what it is that we do, but think it needs to be different to continued aggression.

So I went and got Financial Advice today. What does that have to do with Paris and Wars? Why the 180? Bear with me.

I went and got a free advice session from a planner in my superannuation fund. It was very helpful.

At the end, I was asking about where the funds were invested. I asked about Tobacco. The adviser told me that a Melbourne Oncologist kicked up a stink when she found out that the super fund of most doctors invested in tobacco. The fund did the modelling and found that it was better to pull out of tobacco company investment.

The adviser added, quite matter of factly "but we do fund Arms Dealers". He told me about a socially responsible investment stream that has comparable return to the default investment strategy.

I had a think about this going home on the bus. (I have discovered the bus from near my house into the city and I love it).

Arms Dealers? Like Nic Cage on "Lord of War" arms dealers? I could only think of one - Lockheed Martin, in the US. I Googled Arms Manufacturing Firms, and got a big list on Wikipedia.

Clearly, war, or "defence" is a big, big business, and this had not ever occurred to me. It's big money for a handful of the rich and powerful. It's not in their interest for there to be peace. I shudder to think of the part they play in the decision making process regarding whether to start military attacks against countries, such as we have seen with France retaliating against Syria.

I am aware that many companies do things that we find objectionable. But at the end of the day, people make the choice to smoke, or drink cola, and if they are lucky, they get the super profitable drug.

The civilians of the nations that are bombed get no choice in it. They are then provided arms to go and bomb and kill and maim in kind.

I really don't want any part of it.

Generally speaking the world doesn't really care what I have to say. But the powers that be do care, very much, about my money. In world terms, I have a lot of it. I won't be investing in these companies.

Hopefully others will consider the same; it will achieve more than what a red white and blue status picture ever will.
Posted by cilosophy at 01:53 3 comments:

From the Jet Set

Greetings from Dubai. A quick catch up.

I have just been to a conference in Istanbul. I presented a poster. It was a reasonably good conference. Beautiful hotel.

I am now the Aunty of a divine little niece, who was overdue and born after an emergency c-section. Mum and bub are now doing well and niece is feeding like a champion. I can't wait to meet her. Squeee.

I had a cheeky vino, solo, last night in the rooftop bar, overlooking the beautiful city of Istanbul. Some quiet tears were shed - happy, sad and grateful. It's hard to explain, and I appreciated being alone with it.

People are congratulating me on being an aunty. That's weird. It's not like I did anything. I am just the sister of the mum.

Back to work when I get home. Turning the PhD around, churning what will hopefully be some good papers out, and going through the daily grind. No further overseas trips are planned at this stage. I may go mad.